I am unable to modularize the script. Can you please help me out to write the script in formal way. The Script is related to validate the Login Screen. 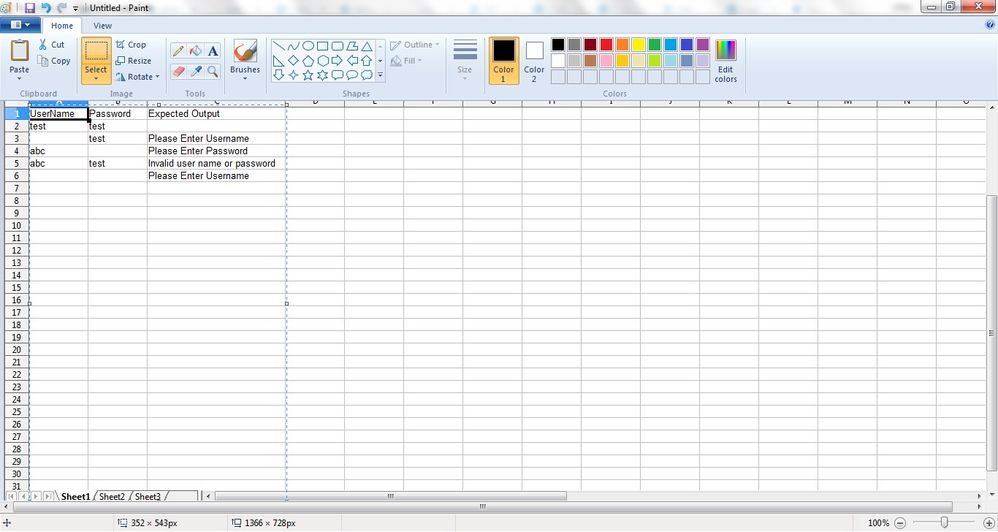 Following is the Script-

Here I am using simple if and based on the record exist on excel file, checking the data and Logging error. Please help me to make this script general using some techniques(like DDT loops or some other) if any.

I'm not entirely certain what you're asking. You are already using a "while" loop to iterate through the spreadsheet (what could be called a DDT loop). Can you clarify what you want to see differently?

I think it's best not to depend on the record numbers.  Look at the data instead.

For instance, I think here you are trying to treat the login differently depending on what is in username and password:

Try instead just entering whatever is in the UserName and Password fields, or if you do want to skip, check the data as you go.  Something like:

If UserName <> blank then

Good answer @Marsha_R.  The only thing I'd add is to wrap the text for the user name in a aqConvert.VarToStr call to actually get a "blank" value. Otherwise, you might get an error.

Thanks a lot. Really appreciate, Now the script would not be depend on the existence of records in excel file.

Again Thank you so much.

Community Hero
In response to shilpi_agarwal

The way I set my input up on excel is:

Run Flag - indicates whether that line should be run or not.

Function Name - relates to a function in Test Complete.

Data 1-? - It reads along the row until it hits a blank cell. So you can have as much input data as you need. Each Data cell has to start with a prefix. The prefix tells it what the cell contains. "P:" is an input parameter. "E:" is an expected result. "FILE:" - is also an input parameter, but the input is in a file. It follows the path given and loads the text content of the file. "D:" is a dependency - which means check if the stated previous test line passed (or failed) and do (or don't) run this line as a result. "M:" is a marker - which is used when dependency checking (relying on line numbers in the spreadsheet would be bad). You can have as many markers, dependencies, input parameters, and expected results as you want or a function needs.

Similarly, it reads down the spreadsheet until it hits a blank line. This is assumed to be the end of a test. You can add notes easily enough by simply putting a note on a line (usually in a different colour so it stands out) but leaving the run flag blank.

When it completes a sheet, it looks in it's input folder to see if there are more. It works though all the ones it finds until they're done.

I provide the flexible framework. Others populate the spreadsheets for tests (can have many spreadsheets as well). So everything can be switched on or off. Test sheets can be moved in and out of the run folder. Individual tests within a sheet can be switched off independently. So it's fully granular. It also writes results to TFS via the TFS RESTful API. That can also be switched on and off during a run and can refer to multiple projects, suites and tests.

Obviously, this means I also have a TON of validation around my inputs. Have to. To stop bad input data crashing it. It also means I need to provide decent documentation so that the testers know what each function does. What it expects for input. And what it can check as an expected result.

All this is built as script extensions so it's all pretty much built into the IDE now.

Works great. But your error handling has to be VERY robust.