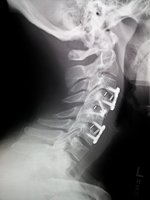 My company is currently working on a newer version of our exe and they want to name it something else for the time being. As far as i can tell testcomplete does not handle this well, none of the name mapping works right.  If i change the name of the exe and run it fron a seperate bin dir then the tests run as though nothing changed. So within the exe everything is identical but the offical app name in windows would be different. Is there a way to handle this without having 2 full mapping/code bases?

If that does not make senese imagine haveing foo.exe and bar.exe yet they are both identical how i can make foo and bar use the same mapping?

I am working with my devs to see if i can just get them to put in a differnet bin dir such as:

Seems like that is the most simple fix but i want to make sure i am not missing some built in feature of test complete here that i should know how to use.

I hunted around and think i found a solution in case anyone else has this kind of issue. You can add conditionals to namenapping. So i just added an or.

1 Kudo
Reply
Subscribe
Options
Turn on suggestions
Auto-suggest helps you quickly narrow down your search results by suggesting possible matches as you type.
Showing results for
Search instead for
Did you mean:
Latest Topics
View All