Windows Store apps opening along with TestComplete 11 on Windows 10

Windows Store apps opening along with TestComplete 11 on Windows 10

So i just installed Windows 10 Pro (build 10240) and just recently started using TestComplete on this machine.

I believe when I installed it asked if I might want to test Windows Store apps, which is very possible that I will be doing.

So now if I open up ether a pjs or the testcomplete exe, it also opens up One Note (Store app), Xbox One Store app and the Sports app that the store automatically installs with windows. I only want TestComplete to open, not a bunch of extra apps.

The last update for Windows was (KB3081455) on 10/19 and I have seen windows updates actually fix a bunch of TC flickering when TestComplete has performed an operation.

Has anyone else seen this?

We saw this issue on some Wndows 10 computers. The following should prevent apps from starting randomly: 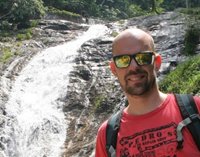 Note: the SuperFetch service, has been renamed to SysMain