I have a thousand tests that have been running fine for years but just now I upgraded to TC 10.60 and most if not all calls of a Keyword Test from a Keyword test give me the warning:

Nothing I do to the parameters in the calling test or the called test makes any difference. The release notes for 10.60 don't mention anything about calling tests from a test or operation parameters.

What has changed and how do I fix this?

I have the same issue.

I'm waiting for an answer from Smartbear.

Matt, I had search the forum and didn't find any posts about this. Did you submit a ticket?

Tanya replied to this topic in another thread here.

The other post from Tanya, says to get a patch from suport. Did you get a patch that actually fixed the problem?

Yes, I got the patch. It was annoying to have to submit a ticket to get it though.

I originally had a 1000 to 2000 warning messages. With the patch, I still had about ten. These were ones where the keyword test being called had a default value for the parameter, and I was calling with no value. I had to click on the Value field for each of these calls to fix it. It would ask something like "Should I update your paramerter value" and I said YES. I didn't bother to investigate, but maybe it replaced a null pointer with a null value, or something like that?

I suppose I should therefore say that the patch was not a 100% solution since all my calls were OK prior to the version update, and the patch didn't fix them all. 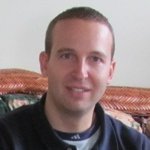 I am getting this Warning too and it's been mind boggling to me for a couple days now.  I don't know why I didn't come here sooner.  Now I just have to figure out how to fix it???  I guess I'm submitting a ticket.

I'm experiencing this same issue. My test does not have parameters. I can't find a place to complete a support ticket anywhere. Can someone please let me know?

On the SmartBear support page is a button to Contact Support which will eventually lead you to this URL to start the process:

viva la software ergonomica!
0 Kudos
Reply
Subscribe
Options
Turn on suggestions
Auto-suggest helps you quickly narrow down your search results by suggesting possible matches as you type.
Showing results for
Search instead for
Did you mean:
Latest Topics
View All