OK. I have some projects. They have been living on my computer, all nice and happy.

Today, I was asked/told that I would be needing to get them into TFS for version control...

In among a lot of stuff that involves a total marriage between TFS & TC (NOT yet... baby steps!) I found a really nice tutorial on YouTube that was perfect... https://www.youtube.com/watch?v=6l-32lhkTMk I mean, it was for TFS 2008/TC7.5, but it should not be Toooo different, Right?

So, I downloaded the MSSCCI package for 2013/32 bit and installed it... Then opened the Source Control plugin page, FULLY expecting to see TFS.

I was not rewarded (Stop giggling, I thought it would work)

So, I decided to try "The other way"

Went into Visual Studio, browsed thru the TFS Source until I found the teams data and created a local copy. Added a new folder, made a copy of my current project tree, and commited the entire thing to the great sky-server...

Then opened TC and pointed it to the new local folder.

It worked... saw my Project Suite and all my tests, right where they should be.

getting pestered with a ton of dire warnings that everything is write protected...

Oh yeah, CHECK OUT... (DId that from within Visual Studio again)

Now everything works. Just need to check in/ check out with Visual Studio

Ummm.... So, that's were I am. It is SERIOUSLY non-optimal. HOW do I go about correctly/fully integrating TFS & TC, so I can perform the needed manipulations without having to flip open Visual Studio all the time? 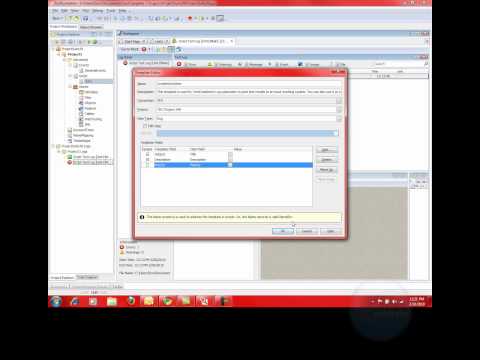 TFS TestComplete Integration
youtube.com/watch?v=6l-32lhkTMk
This Video demonstrates the integration between TFS 2008 and TestComplete for Source Control and Issue Tracking. TeamDevCentral for TFS Hosting is used in th...
0 Kudos
Reply
3 REPLIES 3

Judging by the the "Supported Source Control Systems" ( http://smartbear.com/viewarticle/73745/ ) help topic, to make TestComplete work with Microsoft Team Foundation Version Control, a 32-bit version of MSSCCI Provider should be installed. You can download this component from the Microsoft Download Center. What provider did you install?

I installed the file. Here's the property pane:

And, you can see that it was installed...

So, it IS in there... just not being recognized by TestComplete

OK, Accepting your comment as the solution because of the link you provided...

When I read thru that in detail, I ... REALIZED... that the SCC Api choice in the source control dropdown

Picked it and most of my troubles faded away.

(Excpet for the NEW problem... every time I open TC, I have to re-specify the path to the source... and my company stuck it like 9 layers down.... sigh. But that's a minor thing...)