Search and repalce a specific operation on all KeywordTests 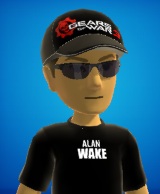 Search and repalce a specific operation on all KeywordTests

We are just using the default TestComplete automatic namemapping during recording and so far we have no problems with it. Our application now has a newer branch, with a support for HTML formmatting on the same spot where the normal textcontrol is - buttom line, it's a new object. I have edited namemapping mapped object to do conditional mode, to support both the old textcontrol and the HTML capable textcontrol and I am happy that it works.

However, the problem now is that most KeywordTests uses the operation SetText() and the newer object doesn't have SetText() but just set_text(). The old object supports both SetText() and set_text() - so it was a poor decision of not using set_text() - well we haven't known that till now.

Is there a way to do a search and replace functionality for all KeywordTests in the project to change all instances of SetText() to set_text() ?