It would useful to be able to define clean-up steps/post-conditions for keyword tests. This could be implemented as a new test step section at the bottom that always gets called regardless of whether the main test failed or not.

The test would still be reported as having failed in the test results, but before moving onto the next test it calls the clean up steps.

I know that you could implement this as a separate test that gets called after the main test in the test project, but that's a pain if multiple tests have the same clean-up steps. Having explicit clean-up steps makes it easier to understand what the test does just by looking at it, and how it might affect the rest system and subsequent tests if it fails early.

it sounds like you are describing an event handler to me. It's my understanding that there is already a similar development underway, where the OnTestCaseStart/OnTestCaseEnd event handlers are getting revamped so that you can utilize them robustly as the type of setup/tear down scripts you are mentioning. this is due for 14.5 release (as far as I'm aware).

That would be great. I did look into the event handlers but calling the same handler for every test would get out of hand fast.

The current event handlers (onStartTest/onStopTest) are indeed not very useful because the aqTestCase.CurrentTestCase properly is set to null for event handlers, so you can't tell where they came from to decide what to clean up.

If there is something like this already in development then that's great! Looking forward to it in an upcoming release!

But in terms of "calling the same handler for every test", this will still stand, because event handlers are created precisely for that reason (so that the same thing occurs EVERY time you run the test). The updated event handlers (OnTestCaseStart/OnTestCaseEnd event) will have additional properties (namely 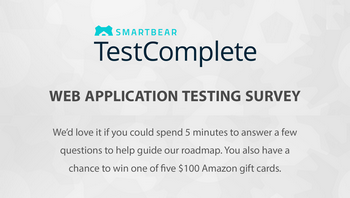