We're happy to announce that we have deployed Firefox 78 to the public monitoring network. This returns Firefox to the platform after a too-long absence. 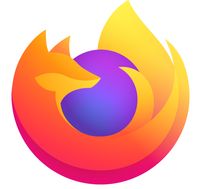 As with Chrome, we've added the ability to select browser versions, you can do this on the Advanced tab in monitor configuration. You'll have a choice of Default, Firefox 78, and Firefox 52. Please note that 52 runs a legacy version of DejaClick and should only be used by existing Firefox 52 monitors. Monitors created in the new Firefox version of DejaClick are not compatible with Firefox 52. Many legacy Firefox 52 can be converted to version 78, but your mileage will vary.

Firefox 78 and Version Switching will be coming to Private Nodes in version 3.3, which will begin rollout in the 2nd half of January.