I just want to check if anyone has encountered the same problem in QA Complete wherein two users in the same project with the same privilege cannot see the same number of test sets under the Test Sets module.

We have tried removing the linkage of the release to a set set and refresh her page, then the test suddenly appeared. Is there a reason why this is causing the problem and what is the solution for this one?

Thank you for your post. Items displayed in the Listing can be filtered in several ways (by Release, by Folder, by a custom criteria specified in the selected Filter, etc.). It looks like you had a Release selected on the Releases tab for Test Sets: http://screencast.com/t/BDWu7IZGf2

When you have several filters applied, you may "lose" some items because they are filtered out and aren't displayed on the list. This walkthrough should help you find lost items:
1. Make sure the correct "Project:" is selected.
2. Make sure "Releases:" shows "(All Releases)".
3. Make sure "Type:" shows "(All Types)".
4. Make sure "(No Filter)" is enabled.
5. Make sure you are in the correct "Folder".
6. Make sure "Show Inactive Test Sets" under the "Actions" drop down is checked or unchecked (depending on this, one is able or not able to see inactive tests).
See the example video here: http://screencast.com/t/C34VMI6Rs2A

Thank you for your response. It doesn't seem like it resolved my problem.

Here's my screenshot of the test sets view using my account. You will notice that I have 900+ in my test sets. 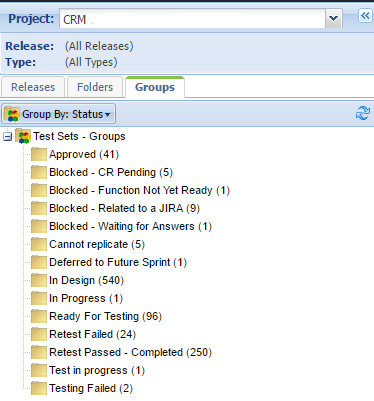 Whereas my colleagues only got 100+. Both of us got the System Administrator privileges. 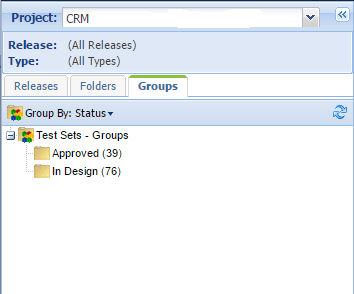 The releases, types and filtering are all reset to ALL. I also ticked the 'Show inactive test sets for both.

How come in releases, I cannot see the Releases tab just like in the screenshot you attached.

I am using this version of QA Complete by the way.

I am running out of ideas as I've also changed the settings for her to be the same as mine but still we don't have the same number of test sets displayed.

You need to check the Security group for a problematic user and permissions for this group. If you're the Security Admin, do the following:

Pay attention to the "Allow access to items other than mine?" entity: http://screencast.com/t/6VPeYVvdqn.


How come in releases, I cannot see the Releases tab just like in the screenshot you attached.

Thank you Anastacia. I have tried all your suggestions but then it's still the same.

Here is the screenshot of our security rights , we have the same.

As I have said in my initial post, we pinpointed what was causing the problem but seem we can't resolve it using the workarounds suggested.

This is my test sets view with 900+ number of test sets and my colleague's view has only 100++ as you can see below. 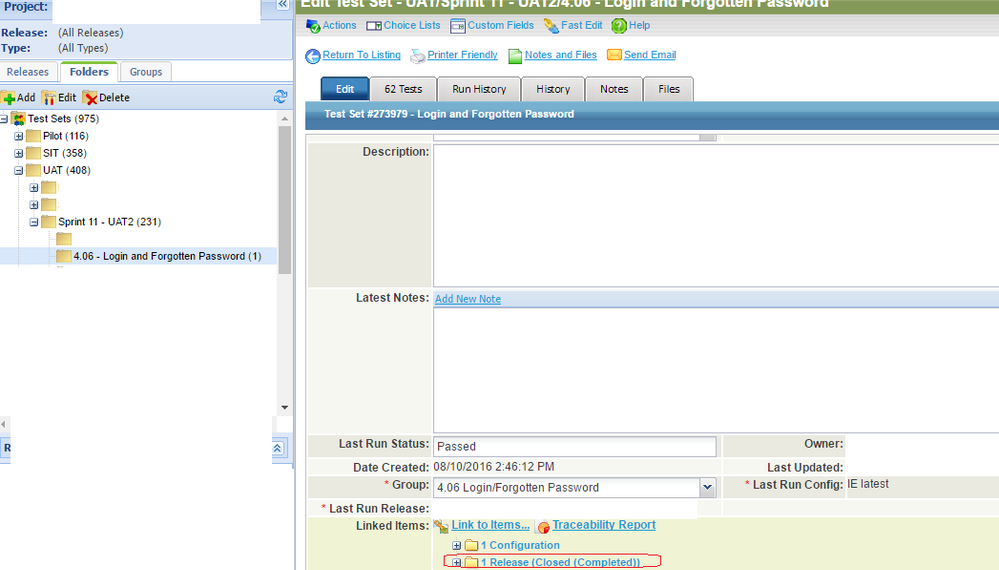 If I try removing the linkage to the release (encircled in red above), this test set will now appear to her (her test set is now 116 from 115).

Is there a known bug around this area linking a release to a test set? It looks to me that it can only be viewed by the person who originally created it. This is supposedly shareable among team members (provided they have the same permissions, etc) In this case, we both have the same security permissions.

Moderator
In response to kdingel

Hi Kim, thank you for your reply.

Do you have time for a quick call?

If yes, please email me your number directly to Christiane.Gangloff@SmartBear.com

I am located in Florida, EST time zone.

Moderator
In response to CGangloff

Thank you very much. I tried just now and I can see she can now view the test sets which I created.

Thank you so much for the speedy response and for assistance, greatly appreciated!