When configuring GitHub or GitLab in Remote System Integration, a branch(es) to track must be entered if "master" isn't the only branch you want to track.  This controls which branches targeted for a merge as part of a pull/merge request will automatically create Collaborator reviews.

In a pretty common git workflow, release branches are created for use as hardening/stable branches in addition to the mainline branch.  If automatic Collaborator reviews based on pull/merge requests against these release/stability branches are also desired, they have to be included in the Remote System Integration list for the repo they're in.

In our use case, we create a branch "rel_v##.##" for our hardening and release candidates as we're getting close to release.  This branch is named and numbered related to the specific release number.  That means we currently need to modify the Remote System Integration for our repositories every time we approach release.

If glob or regex patterns could be specified for the Remote System Integration branches to track (at least for GitHub and GitLab), it would resolve the problem of constantly having to modify the Remote System Integration setting for a number or repos.  As long as a consistent naming convention was used for branches, those branches that should be tracked could be specified once as a pattern and then never need to be updated again. 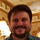 Collaborator 11.3.11301 provides wildcard and regexp support in branch names. Please let us know if this is what you're looking for.

Subscribe
Options
Announcements
Welcome to the Collaborator Feature Requests board!