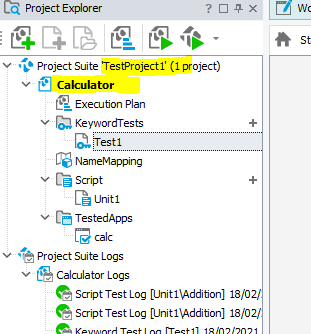 I'm trying to generate the report using the below command, but unsuccessful all the time. What is the right way if someone can guide?

You need to specify the test to run...

Concretely, it seems to me that you are calling on the executable twice. (apart from the fact that the executable itself doesn't seem to be capitalized in the format that i expect (but i am not sure if this has an affect on the validness of the executable file itself)

Ok, I found the problem. It turned out to be admin permissions on the windows location, where TestComplete.exe file is located.

0 Kudos
Reply
Subscribe
Options
Turn on suggestions
Auto-suggest helps you quickly narrow down your search results by suggesting possible matches as you type.
Showing results for
Search instead for
Did you mean:
Latest Topics
View All