I am looking at this.

What is the basis for this statement? "You create automated UI tests at earlier stages of your development cycle." Is there a perception that simply being in the same IDE as developers that the testing is actually being shifted left? Am I misunderstanding this product? Thanks

Re: The testleft sals promise

> What is the basis for this statement?

This is a public forum, thus any reply (except the one provided by Support) will be personal.

If you like to get an official reply you may ask Sales directly via the https://support.smartbear.com/message/?prod=TestLeft form.

> Am I misunderstanding this product?

I have no idea about your understanding of TestLeft until you let us know it... 🙂

As TestLeft is more developer-oriented tool (as for regular test automation engineers TestComplete seems to be better), developers are getting a possibility to create integration and end-to-end functional UI tests (in the Test Pyramid meaning - https://automationpanda.com/2017/10/14/bdd-101-unit-integration-and-end-to-end-tests/) using the same IDE and language that they got used to. They can create tests without waiting for test automation engineers (which means - 'earlier'). Considering great support for a number of UI controls, developers will be able to create UI-based tests without too much efforts even in the situation when there are no test engineers in the project. (Sounds strange, but the absence of test engineers in the project is not that rare...) 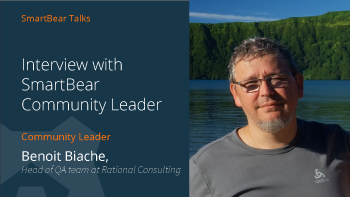