Today, I wanted to discuss the Device Cloud add on and its practical usage just a bit further, most of what I'm talking about is pretty well covered in the documentation here: https://support.smartbear.com/testexecute/docs/running/cross-platform-tests/run/command-line.html

In short, once we have a stable set of test cases that we'd like to run in parallel across multiple OS and browser configurations, this should be your go-to move!

This will make use of a newly released application called "TestExecuteLite.exe", which supports the launching multiple instances of the application - hence the "parallels" as the documentation above refers to.

To start, we need to create a function that will consume our custom command line parameters. The docs above have the same function, but here is mine (which is annotated just a little bit more)

Now that we can receive the command line parameters dictating which config to use, we need to create another function which will tell TestComplete/TestExecuteLite what those configs are in the JSON format that the Run Remote Browser expects as a part of the parameters. We do it with the code below (once again documented, but I changed it slightly to make it a bit more readable)

Now that we have these helper functions, we want to create one more function so that we can generalize our tests to receive the command line arguments from either the cmd line or from our CICD frameworks, such that it kicks off our tests in the correct configurations in our remote browser.

Now, if you disable/comment out the first line of your web app functional tests which make references to hard coded local/remote browsers, this startUp_withConfigs(URL) function will take the command line arguments, parse it, and supply the correct capabilities and start up the remote browser session to the specified URL (of course we don't need to make this URL mandatory).

If you've build some modular test cases, you can go ahead and start changing/disabling/commenting and replacing the other "blocks" of code to use similarly refactored, generalized code like:

Now your test scripts may look something like this:

where the previous lines of code expecting a local browser, or a hard coded remote browser config has been commented out

or for your keyword tests, something like the following screenshot attached

such that when run through a CICD framework or the CMD line, we achieve as many parallels as we described within the configs section alongside the tests we selected (won't go into deployment configurations for CICD and cmd line since that is also well documented, and without code, so no further annotations needed from me): 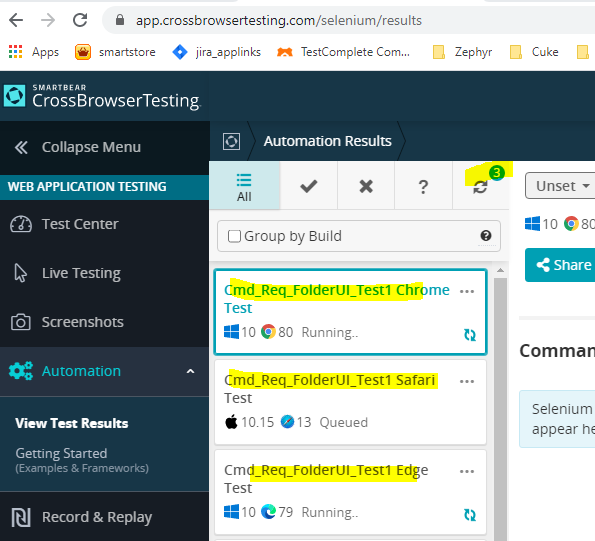 I'd love to hear if anyone in the community has some more practical usage of the TELite application, or any questions or concerns surrounding the example shown above. Being able to make certain of your web app's functionality across multiple configs of major browsers can certainly help with the traditional browser coverage in testing, but now we are able to do it in parallel using a combination of 3-4 functions. What are some other ways that the community has been using in order to increase your testing velocity when it comes to web app testing?

Re: TestComplete and Device Cloud Add On

We have to using "TestExecuteLite.exe" for testing now. But command or Jenkins pipline all failed.

I have try the steps as your document, but we cannot setup the scripts. 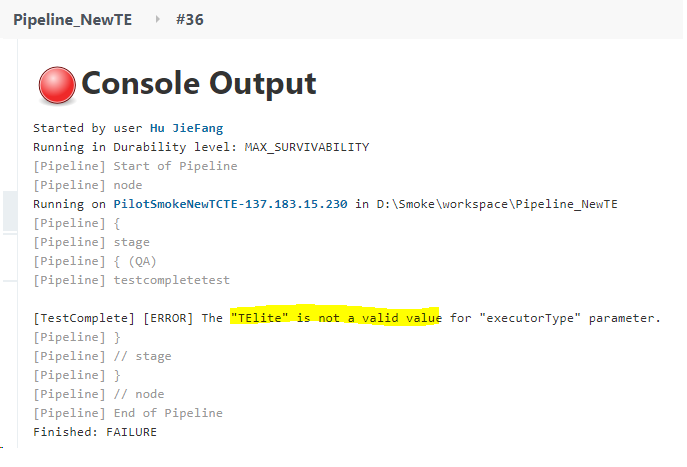 When we are using command of TestExecute is worked, but using TELite will be failed.

The Command as screenshot.