I have noticed that testComplete 12.50 frequently crashed on my colleagues machines (Windows 10)

TestComplete used to crash on my machine at the same frequency until I managed to convince my boss to invest in 32Gb of RAM for my laptop, which previously only had 8Gb RAM

Even now, whenever I perform a long operation in TestComplete, the task stops responding until after the long operation has finished, for example cloning a project.

Also, CPU usage can go up to 50%, which is not so good for a PC with 32Gb of RAM and a an i5 processor running at 2.6GHz with multiple cores (Dell Latiude with an Intel i5-7300U and a 237Gb drive - presumably SSD, if you want to lookup the exact spec)

In general, well-behaved Windows applications should adopt something like the following etiquette:

a) not use more than 25% of processor power, thus allowing other applications to also run

c) perform long operations in the background - it is ok that some operations, e.g. cloning a project, take time, but they should perform these tasks in a Windows-friendly manner and not use so much processor that they lock-up the machine - this is very bad behaviour

- to draw an analogy, if an employee of a company tied-up 100% of the company's resources he/she would not last long!

If an application become unresponsive, the user may decide to simply kill the task and blame the application for any lost data in that or any other running application if the machine requires a reboot.

I hope these suggestions help, and that SmartBear is committed to improving its software, as not all users of TestComplete will be champing at the bit to invest time (and therefore money) in upgrading to the latest version - I found issues/incompatibilities between TestComplete 12.50 and TestComplete 12.60 and also between  TestExecute 12.50 and TestExecute 12.60, so I am not currently looking to upgrade to TestComplete 14 at the moment - I want all of my tests to work correctly in TestComplete 12.50 first and then, and only then, will I consider upgrading, once I have all working tests in place, as then I can also as a by-product, perform regression testing on TestComplete itself and see what works and what fails between versions - hopefully it will then be a relatively painless operation to upgrade . . .

I'd be curious to know more about how your projects are setup, what AV you're running etc.. as I have never ran into the issues you are seeing and we run both Test Complete and Execute 100% in VMs with shared resources.

You seem to have an anomaly here, if it was a more common scenario I assume we would be seeing a lot more posts regarding this.

Also, what issues are you seeing with v14? Again I haven't had any issues generally speaking after upgrading to the new version for one of our applications that has approximately 1200 tests across multiple projects.

Seeing how this behavior seems very strange, I would also recommend opening up a support ticket with SmartBear directly.

In general, well-behaved Windows applications should adopt something like the following etiquette:

Microsoft doesn't even have etiquette itself.  It's quite easy to get Excel to crash or Word to lock up because they're using up resources.

It has been my experience that SmartBear is committed to helping its users.  @cunderw 's suggestion to contact Support directly is a good one.  You may also find that drawing a line in the sand re: versions doesn't serve you well in getting your application tested.  We all have different requirements and SmartBear does a good job of getting us tools that we can adapt to our own uses. 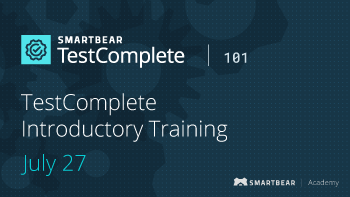