We use JIRA as test case and issue repository.  I understand that you can directly post a bug to JIRA via TestComplete.  But is there a way to link our test casesto the automated scripts in TestComplete, so that it will be automatically flagged as Passed/Failed in JIRA? 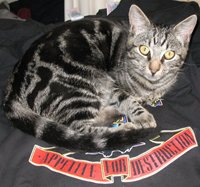 Hi Jane, are you using JIRA Zephyr for your Test Case Management, or something else?

Hi Jane, we also use JIRA Atlassian, along with the Zephyr JIRA plugin for Test Case Management.

I am currently working on a project to Integrate Test Complete with JIRA using the JIRA and Zephyr REST APIs.

I was wondering if you were using JIRA in the same manner.

same JIRA and same question here: The way I understand, I can right click a log item in the TC gui to add a bug to JIRA. However most of our TC test items are already keyed to existing JIRA test cases, so instead of creating a new issue everytime a test fails, I'd rather have an existing JIRA issue flagged as failed/passed.

I was hoping I could for example specify a string with the corresponding JIRA key at the beginning of those items, use an onEventHandler to determine if the test was susccessful, and then set the according JIRA issue to passed/failed, maybe adding a comment including Build number of the tested application and things like that.

I've found some hints at using script extensions to achieve that, but I was hoping for a more direct approach....I'm rather new to TestComplete so I might be wrong, but I was expecting continuous testcases, where you essentially keep known and reported bugs from returning, to be somehow more "typical" than finding new bugs that result in new JIRA issues.

I think you are authorized as you managed to login. Is the project visible to you when you do JIRA manually without testcomplete ?

I think you are authorized as you managed to login. Is the project visible to you when you do JIRA manually without testcomplete. Possibility is that your JIRA admin might not added you for that project view.