Documentation: "The “ramp up” feature is ignored if the Run Concurrently check box of the Load Test Editor is clear. When this check box is clear, TestComplete runs virtual users in a series, so the “ramp up” functionality becomes meaningless."

1: The doc only mentions the ramp up feature. is the start delay feature also ignored when Run Concurrently is unchecked? Or would the users run in a series, with added delay? So for the example, VUser1 and VUser 4 will run, then after all of these are ran + delay of 500ms, users in VUser5 then will start running?

2: How do I verify the run concurrently feature via the load testing log? From what I see via the Default log (I sorted it by time), it seems like the users are running in a series rather than concurrently, just in random order. If it was a thread-like execution, I would expect to see requests overlap for users (row 1 might have request from user 1, but row 2 might have it from user 2). I don't know if this is due to my test being too short? Can you give me an example to tell the difference (preferably via images/videos)?

4: I see these files *.tcLTK.tcLTCnctns that has the HTTP request/response. I want to edit the files directly, but couldn't because there are binary information in them. Is there no way to edit these manually? Whenever something changes, I have to always re-record? I have a task recorded that has been working fine for a few weeks, then recently, it stopped working and I don't know what caused the errors. I really do not like to re-record tasks. Are load tests this brittle? Btw, how can debug it? A demo would really help (I'm a very visual person - reading text makes it harder to understand).

hnguyen_1
Occasional Contributor
If you can answer question 4 first, that would help me a lot. I need to know this to estimate the effort that I will have to spend to find a workaround for this problem.

Here is the answer to question #4:

You should not edit the files manually to avoid problems with the files' format. If you want to edit the requests' data, you can do this in the Load Testing Task Editor - it is possible to edit header and body values.

As for the other questions, I will answer them a bit later.

hnguyen_1
Occasional Contributor
Thank you for your last response, we've decided on a workaround implementation for this problem now.

No, the Start Delay setting is not ignored when the "Run Concurrently" option is disabled.

Users are run in parallel threads, so, they actually work in parallel. The Load Testing log does not show the results in a way that would make you see exactly how the requests overlapped or that they did not overlap - you do not see the timeline with the executed requests, you see only the list of users and their measured parameters.

The Default Log is generated when the execution is over, not during the test execution. So, the Time column does not reflect the actual execution order, the time stamps show the log record creating time, but not the event occurrence time.

No, the situations are different. As far as I understand, you are not using event handlers in your test.

hnguyen_1
Occasional Contributor
Your answers were very helpful, thank you. I'm still learning load testing, so I'm sorry for all of the basics that I need explaining. Thank you for being patient and for answering my questions.

New Here?
Join us and watch the welcome video:
Announcements 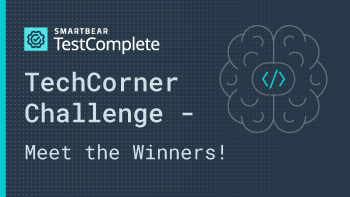