Community
Sign InRegister
SmartBear Support Resources
Community WFH
Options
Turn on suggestions
Auto-suggest helps you quickly narrow down your search results by suggesting possible matches as you type.
Showing results for
Search instead for
Did you mean:

A Tale Of Two Slaves

A Tale Of Two Slaves

We finally got our licensing issue straightened out and our master server can now simultaneously send one project to one slave and another project to a different slave. the slaves are identical and are running the same version of TestExecute, however one of the two slaves (QAS1 in the attached image) has no problem with any of the name mappings in the project while the second slave (QAS2) doesn't seem to be able to recognize anything. I started this test last night before leaving work. QAS1 finished within 15 minutes and QAS2 was still running this morning when i arrived. I would really love to know if this is TestExecute related or not. I will researching this issue today to see if there is anything different about the servers themselves but wanted to put this out there in case anyone else has ever seen this type of behavior and what could be done about it. I probably won't be able to get back to researching the DblClick issue until i get this issue resolved.

On a separate and unrelated note, can anyone tell me why, so often, when a remote session kicks off that the Microsoft Store splash screen pops up and stays in the background?  Microsoft Store is not one of my TestedApps and I can't figure out why it keeps getting opened up on the remote RDP.

1. Eliminating the network suite of the project we had set up as sort of a central "traffic cop" for defining jobs and tasks and just running the project suites themselves individually

2. Using the CopyProjectToSlave method rather than having the files already on the slave machine.

I'm not sure if it's one or the other or a combination of both but it also seems to have resolved the issue i brought up in a different post about he double clicks (DblClick) not working.

forgot to upload the image. i also uploaded on of the Microsoft Store that keeps popping up.

@GradyJr  I've seen this Microsoft store popup locally when I start a keyword test.  I cannot duplicate it regularly though. I've also seen the Windows\Settings dialog popup when kicking off a keyword test.  And I've actually had both of them popup before.  I've been unable to figure out what is going on though...

At this point I don't think the splash screen is interferring with my tests (as long as it goes and stays in the background and doesn't cause an overlapping window issue) but it is annoying.

The one possiblity for it might be that it is "pinned" on the taskbar. Just for grins, I'm going to unpin everything from the taskbar on my slave machines in case there was somehow some sort of rogue click event that was reaching down to that point on the screen. If that takes care of it and i never see it again, i'll let you know.

In order to troubleshoot this issue we installed a copy of TestComplete on the remote system where TestExecute was already installed. When I change the remote application on the Network Suite | Jobs to TestComplete, it runs fine. When its pointing to TestExecute on this system it fails. Does this indicate anyting to anyone?  Is it still related to a TestExecute licensing issue or something?

I noticed a thread about name mapping in which it was suggested to check the release versions of the products. I'm attaching a couple of screenshotes showing the versions of both the TestExecute and TestComplete installed on the remote system. Again, when i point the Network Suite to the TestComplete on the remote system, it runs. When I point it to the TestExecute it fails

Last post only allowed me to attache one image

Here's something for the Store issue: 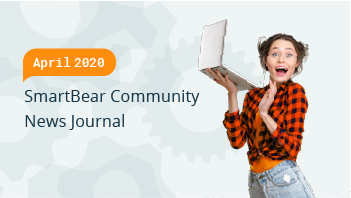