Status: New Idea Submitted on ‎08-31-2021 01:26 AM Submitted by JoostDG on ‎08-31-2021 01:26 AM
Comment
Current behaviour: 1) In the additional request headers tab of a SOAP/REST test step I select multiple headers (the selected headers visually are selected by having the color blue = OK).  2) I click on the delete bin button. 3) Only the first header is deleted. Expected behaviour: ALL of the selected headers should be deleted. If a use wants to delete 10 headers he now has to manually select them and delete them one-by-one. This is frustrating.   Note: this issue has been around for ages.  Additionally: We (luckily) can select and copy the headers properly by doing a select and then Ctrl+C. The feature of copy-pasting request headers might not be really visible in the UI (e.g. there is no "copy" button), but I am very grateful this is possible through Ctrl+C. Might be wise to visually allow this to? ... View more
See more ideas labeled with:
2 Kudos

Status: Accepted for Discussion Submitted on ‎07-08-2021 01:17 AM Submitted by AAB on ‎07-08-2021 01:17 AM
3 Comments (3 New)
in version 3.9.0 there is a smartAssertion created that deprecates the HTTP assertions. As all of my testcases (a huge amount) have this assertion I'm not going to adapt them manually as this will take a huge effort to do so. No clue why Smartbear has deleted this assertion as I think quasi all of the testers are using this!? Please, re-install the HTTP assertions! ... View more
See more ideas labeled with:
1 Kudo

Status: New Idea Submitted on ‎04-01-2020 09:08 AM Submitted by tadudek on ‎04-01-2020 09:08 AM
1 Comment (1 New)
Currently there's no functionality that provides the abiltiy to map an XML rest response with repeating elements to a datasink without mapping each indivitual repeating element.   Example: https://community.smartbear.com/t5/SoapUI-Pro/How-to-map-repeating-elements-from-xml-response-to-datasink/m-p/199559#M45747   Is there a way to map a repeating element from a response into a datasink automatically, rather than having to click getData and manually clicking each one.   So, if I have 25 repeating elements. Widgets again. They all have the same attributes. A1, A2, A3. I want my sink to collect each of the attributes from each of the widgets, but I don't want to have to map it explicitly in the data sink property and the every one of the 25 widgets (x3 attributes) in my response.   example:  <widgets> <widget> <att1>abc</att1> <att2>xyz</att2> <att3>asd</att3> </widget> <widget> <att1>abc</att1> <att2>xyz</att2> <att3>asd</att3> </widget> ... </widgets>   In my datasink, I'd like to map these out 1 element to 1 row in excel:  excel row 1 (first widget): att1: abc, att2: xyz, att1: asd  excel row 2 (second widget): att2: abc, att2: xyz, att1: asd    What I'm trying to avoid is this:    All the way through dozens of these objects. ... View more
See more ideas labeled with:
0 Kudos

Status: New Idea Submitted on ‎11-15-2021 05:20 AM Submitted by badhabits on ‎11-15-2021 05:20 AM
Comment
When working on a composite project that has oAuth Auth. it comes to changes to the settings file (new tokens) while developing tests locally. So there is always a unwanted change to this file. Wouldn't it be nice if there is a separate file for just the data that can change in case of new token retrieval? The following can change (as far as I saw): accessToken; accessTokenIssuedTime; refreshToken I would add the separate file than to the git ignore, so that there is no change related to this anymore. It might be also an option to just store the tokens temporary?  ... View more
See more ideas labeled with:
0 Kudos

Status: New Idea Submitted on ‎11-15-2021 01:51 AM Submitted by JoostDG on ‎11-15-2021 01:51 AM
Comment
Hi,   I believe there should be a feature that uses the Swagger definitions for REST API services much more profoundly. The current "Swagger Compliance Assertion" is not covering this. It's too broad and generic. I would love to have an option to automatically create the standard edge test cases based upon swagger definitions as that would save a lot of time for readyAPI customers. There is a security JSON boundary scan, but that only verifies that there is no sensitive data in the response. It doesn't doe anything with the provided swagger information. There is also no way to see what exactly the boundary scan does, except for going into the transaction log to see each individual request payload (https://support.smartbear.com/readyapi/docs/security/scans/types/boundary-json.html)   Suggestion: Button to "Create negative tests from Swagger": - Example1:  Automatically a test cases is created with a REST test step where JSON payload or request parameter is set to whatever minLength / maxLength is defined in the swagger. If for instance maxLength is 99 I want ReadyAPI to have a value set to 100 character length. Expected outcome would then be an HTTP400 (customizable with a predefined response payload check).  - Example2: Automatically test cases are created where we omit the "required" fields (be that headers, request payload parameters or query parameters). So either it's set to null or it is completely missing from the request. Again expectation would be an HTTP400 or HTTP401/403 for authorization headers.     ... View more
See more ideas labeled with:
0 Kudos

Status: New Idea Submitted on ‎02-24-2020 05:23 AM Submitted by sizhou on ‎02-24-2020 05:23 AM
Comment
1. One goal for our product is to support both xml and json format in all REST APIs, so I have to test all APIs by using both application/xml and application/json as media type 2. From time to time, I have to read/modify the contents of REST request/response by using groovy scripts. 3. The current issue is that the media type is only shown on ReadyAPI test step review/edit screen. I can neither find it in properties of the test step, nor find any method of testStep object to get it. ... View more
See more ideas labeled with:
0 Kudos

Optimizing all lists in test steps

Status: New Idea Submitted on ‎09-11-2019 03:20 AM Submitted by AAB on ‎09-11-2019 03:20 AM
Comment
For all my projects I need to add a lot of parameters. I've setup a compare Loop with a few elements that requires linking those parameters manually with other steps. In these steps the list is unsorted whereas this makes it a long term action to link each of them to the right parameter of the next step. e.g. 1) Groovy Script to fetch the file 2) DataSource to fetch some parameters (or all parameters) from that file for each childnode 3) Property Transfer that will link from Source to Target ==> when selecting the Property from Source you have a sorted list as was created in the "Transfers" section left.  When selecting the target, the properties are unsorted regardless wether you've put it in a specific order in the REST Request or not. If you have a long list, this is a  washmash of properties.   It would be great if all lists that are visible and usable in ReadyAPI will show a sorted list as was created.   Thanks in advance.   ... View more
See more ideas labeled with:
Subscribe
Options
Announcements
Welcome to the ReadyAPI Feature Requests board! 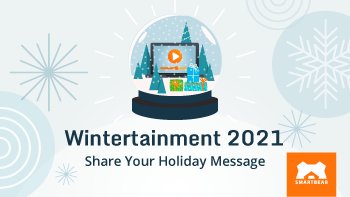 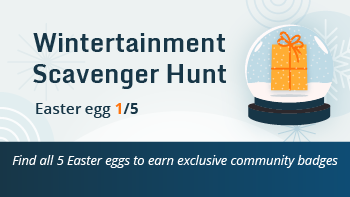 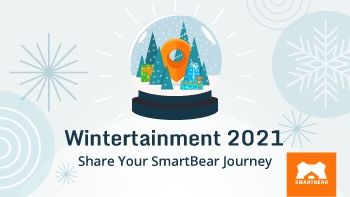