When I configure SSL support for Mock REST services and I try going to the HTTPS URL for a service that is working perfectly as normal HTTP I get the following html response:

The URL being called is:
https://localhost:8449/testrest/people

There are a number of problems with this, firstly the href is clearly wrong it should point to the context path for the service but that could be my fault, however it also refers to a WSDL and not a WADL file and secondly I don't get the same response as if I go to the unsecured URL, e.g. this response:

The URL being called is:
http://localhost:8089/testrest/people

I saw in the following post that someone else is having the same problem: viewtopic.php?f=13&t=25047

I have also tried deploying as a WAR to use tomcat which I have preconfigured for SSL however I don't get a war file, instead it puts an image, a stylesheet and a WEB-INF folder in the directory where I asked it to put the war file as though I had auto deployed, which I have not. If I deploy it directly to tomcat on the other hand I only get empty responses whatever I call.

If you could please give me some assistance with this it would be much appreciated.
0 Kudos
Reply
7 REPLIES 7

The configuration applies to SOAP Mock Services. SSL is not currently supported for REST Mock Services. We have a feature request for that to be implemented in a future release (SOAP-2065).

I'm facing the same issue. Is this resolved in the latest version of SOAPUI5.2.1?

Nothing was changed since... Still doesn't work.

Any update on this? We have a need for a REST Mock using SSL. We are currently using Soap UI Pro 5.2.0.

Sorry if this is a duplicate post - I didn't see my prior entry show up.

We are currently using Soap UI Pro, and need to use a REST Mock service using SSL. Has this been added to Soap UI Pro yet?

Any other suggestions if this is not available?

Does anyone know if REST Mock Service with SSL is available in SoapUI 5.4.0?

I've replied to you in the thread you had started: 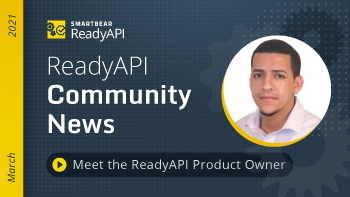