I am trying out SoapUI NG for the first time. When I try to add an OAuth authorization and get the token, the browser opens up with a "Unfortunately, we can't open this page!" message. Is there anyway around this? The URL works fine in a Chrome browser. I've also verified all other information is correct, the only thing I don't have specified is the scope.

Has anyone else had this problem?

Yeah same here, i am assuming that i am doing something wrong but it was good to finally realize that i am not alone.  if you figured this out already let me know.

I have this problem now...  I'll report back if I find out why.

I have 3 environments, one is working fine...

I notice that in my Salesforce TEST env - there is two Auth. Providers ("Agency Portal" and "Integrated Eligibility") - and this works fine through SoapUI

The STAGE env. has only one Auth. Provide "Agency Portal" which is our other name for Salesforce.

Other than that - I'm kind of in a loss until I troubleshoot more.

I had to fake a redirect uri and i have been up and running since that point, i am not sure why as my goal isnt to test the authentication component i was just glad i got a token.

Yeah I already have that ... there has to be something up with the STAGE environment the way they have the OAuth setup

The questions are:
1. Is this a bug in SoapUI NG? Note that both SoapUI NG machine and authorization server are on the same intranet, so they are able to connect with each other.
2. If it is not a bug, what might have caused this issue and? Is there a way to get around this? It doesn’t make much sense that to test a 3-legged OAuth in development requires the authorization server to be accessible from any network connections.

The following worked for us to resolve this issue:

Make sure you use Ready API and go to File > Preferences > Internal Browser > Check Trust the self-signed certificate.

Changing internal browser setting is not changing the behavior for me in this case. Still continue to get the error with implicit grant. what is the bets practice suggested in this case? or is this a bug? 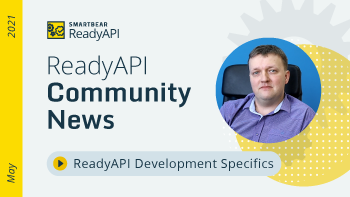