I'm trying to integrate existing SoapUI tests into a new in-house automation framework based off SpecFlow, so that we get better visibility into what is being tested, as well as be able to have tests running against multiple interfaces, fit in better with existing dev practices, have proper code reviews, etc etc.

My initial idea was that I would use the public classes and import into my code, as described for instance here: http://www.thinkcode.se/blog/2011/11/16/testing-a-web-service-with-soapui-junit-maven-and-cucumber. It's not available in .NET, which I should have guessed, so then I thought I would crate a small Java app that would wrap the classes and I would call it from the automation framework. But then I found that the last available jar is anyway from version 4.0. So I had a look at Ready TestServer, which looked promising, but the licensing model means that we couldn't have it in a build that runs frequently. It is beginning to feel like SmartBear really really don't want me to integrate SoapUI in this way!

Eventually, I want to be able to use our API to set up for UI tests, and also to act as a verification step. Also, I'd like to be able to examine the responses in the automation framework and not in SoapUI. Does anybody have any further ideas on what to consider to get this done?

Re: Integrating SoapUI tests into SpecFlow

Sounds like an interesting use case! It might be worth checking out our Swagger-Assert4J library, while it doesn't support the full ReadyAPI suite (which would be TestServer), it does have similar functionality to our open source SoapUI and provides an interface that might be a good fit for your project. 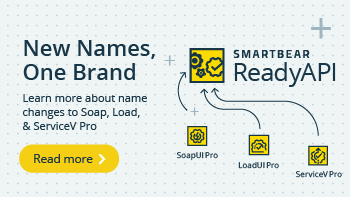 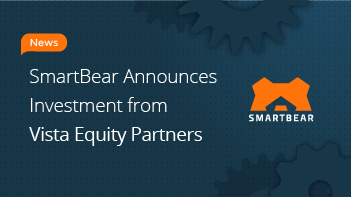